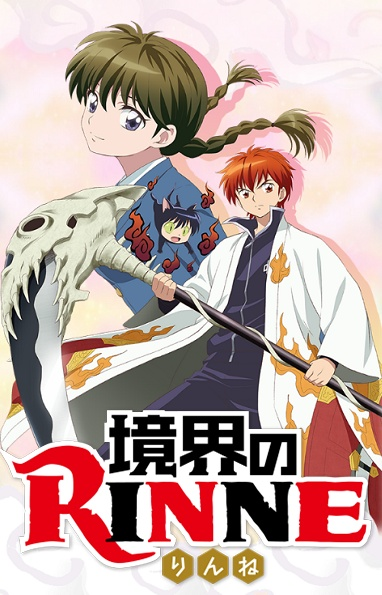 A very strange thing happened to Mamiya Sakura as a child: She disappeared in the woods behind her grandmother’s house. Of course, Sakura doesn’t quite recall what happened next, but she’s been seeing dead people ever since—ghosts at home, ghosts at school, and even ghosts on the street.

Now that she’s in high school, another strange thing has happened in her life. A desk next to her that’s sat empty all year is suddenly filled by an oddly-dressed boy named Rokudou Rinne. Rinne seems to be capable of seeing the same things Sakura does, and sometimes, other people can’t even see him. What sort of secret is Rinne-kun hiding, and how is he connected to Sakura’s strange power? In Kyoukai no Rinne, another world exists alongside the one we live in. Thanks to Rinne, Mamiya Sakura will get to know this world and the wacky characters that inhabit it.